When you’re just starting out in the industry, it often seems like there’s a lot of specific, somewhat mysterious terminology that gets thrown around on a regular basis when discussing various material properties. One of these important-to-know terms is Shore Hardness, which you can find on nearly every product data sheet. It’s named after the inventor of the tool used to measure hardness, called a durometer, Albert Ferdinand Shore.

The [durometer] Shore Hardness is “the measure of a material’s properties of solidity and resistance to indention.” There are 3 scales, 00, A, and D, with 00 being very soft, D being very hard, and A falling somewhere in the middle.

In addition, the scales overlap, and so having general benchmark materials as a guide can help to understand them more fully. Here we show some commonly used materials as reference points along each scale. See the attached infographic at the end of the post for an overview. 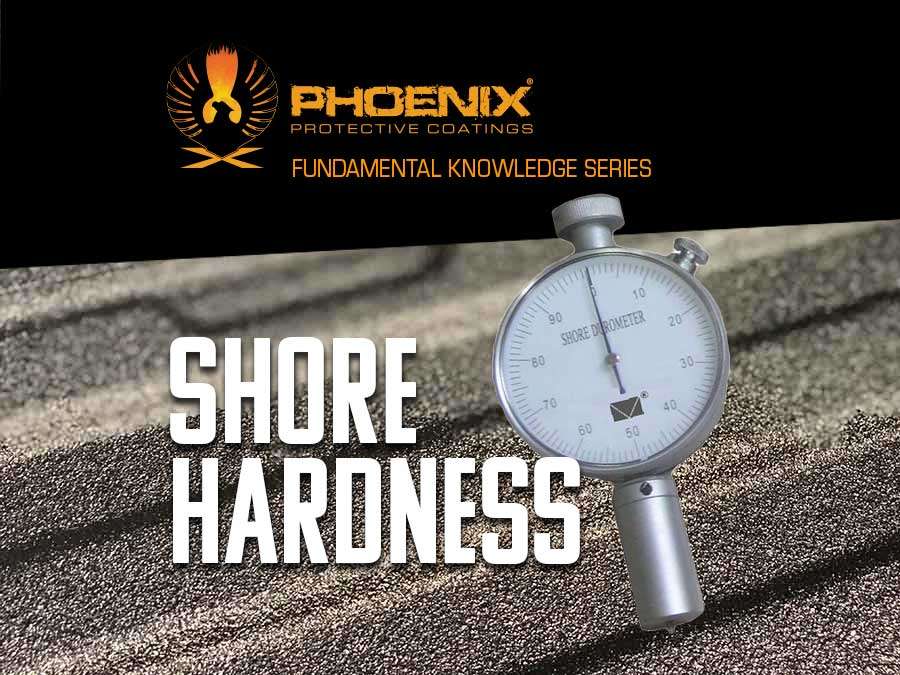 The three different Shore hardness scales all do the same thing, but for different types of gels, plastics, and rubbery materials.

They’re all measured the same way, by pushing an indenter (probe / foot), either pointed or not, into the surface of the material. For any type of manufacturing Shore hardness is a useful metric to classify various compounds and products.

The Shore 00 scale (double zero) is used to measure gels and rubbers that are very soft. Talk about things with a firmness like gummy candy or gel insoles, and you’ll be using the Shore 00 scale. At the very high end of this scale are things like pencil erasers and soft tires.

The Shore A scale is used to measure the hardness of flexible rubbers used for mold making, or for some semi-rigid plastics. On the low end of the Shore A scale we find things like thin rubber bands. However, on the high end of the scale you would find shopping cart and skateboard wheels, which can take a lot of abuse due to their high durometer hardness.

The Shore D scale is used to measure hard rubbers, semi-rigid plastics, and hard plastics. Most of the time in the protective coatings industry, we deal with the Shore D scale. Materials on the low end of this scale have a hardness similar to automotive tires and shoe heels, while the high end is reserved for extremely hard plastics akin to hard hats.

Shore Hardness measures the material properties of solidity and resistance to indentation. Lower numbers on all 3 scales are softer, higher numbers are harder.

For instance, most regular sets of all-season radials you might buy are around 70A. That’s equivalent to about 95 on the Shore 00 scale, but it’s only about 15 on the Shore D scale. And since the convention is to use the Shore A scale when talking about tires, if you came across some 30 shore hardness tires, you’d know they were on the softer, grippier end of the spectrum.

Most of the time, when dealing with protective coatings, we tend to use the Shore D scale, where materials go from hard to really hard. Those same all-season radials, which are made to withstand years of use, are only about a 15 on the Shore D hardness scale. Compare that with some polyurethane and polyurea coatings, which can be 80-95 Shore D, and you can see why even just a few millimeters of sprayed-on extreme protection makes sense for the longevity of any infrastructure, equipment, tool, toy, or vehicle. 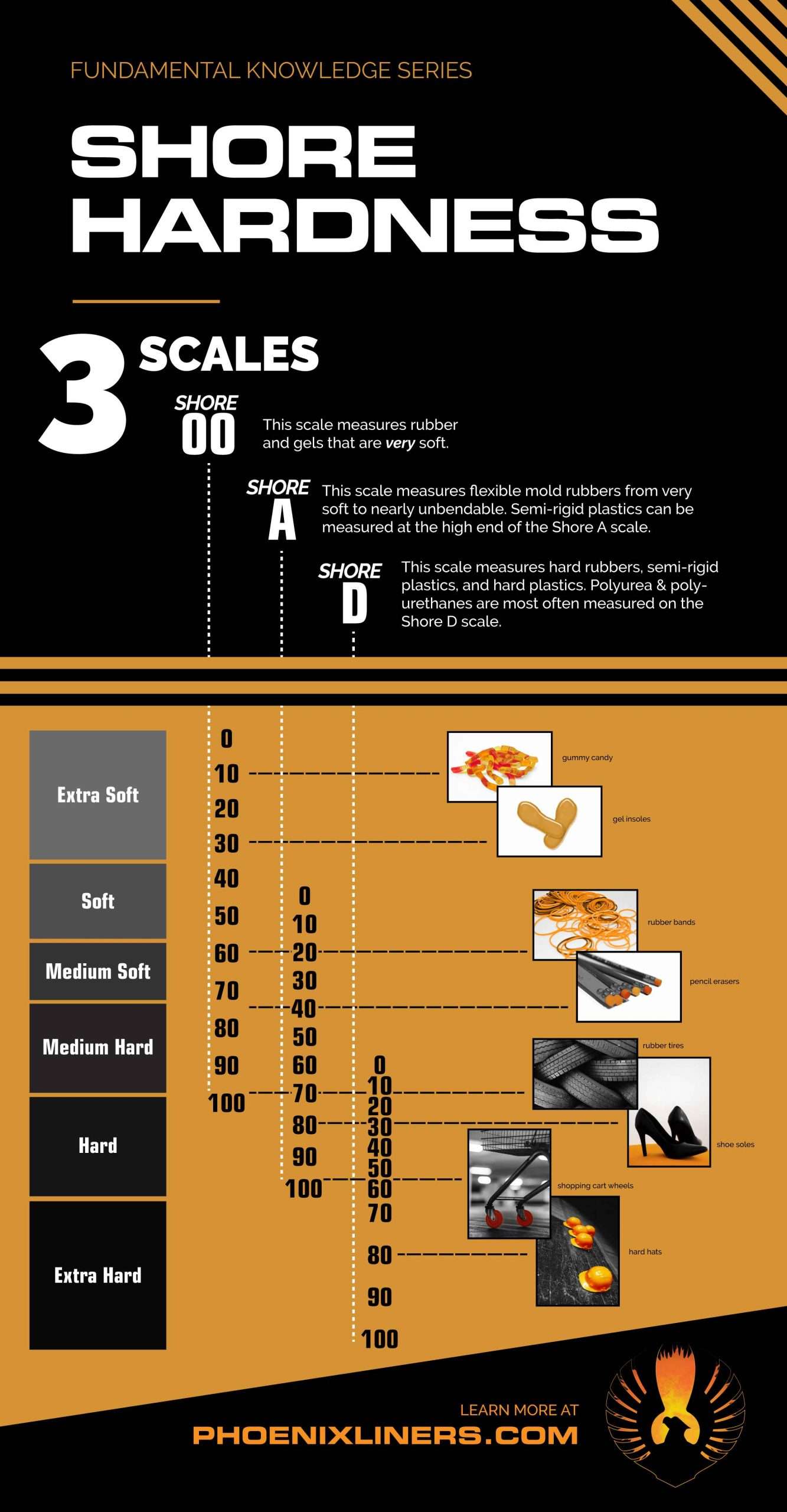 If you’re in search of great deals on protective coating supplies, you know we’ve got them.  Phoenix Protective Coatings is your industrial coating supplier, and we pride ourselves on listening to customers and providing you with top-tier technical knowledge and support. Explore our broad range of products and contact our expert team for additional information today.

We use cookies on our website to give you the most relevant experience by remembering your preferences and repeat visits. By clicking “Accept All”, you consent to the use of ALL the cookies. However, you may visit "Cookie Settings" to provide a controlled consent.
Cookie SettingsAccept All
Manage consent

This website uses cookies to improve your experience while you navigate through the website. Out of these, the cookies that are categorized as necessary are stored on your browser as they are essential for the working of basic functionalities of the website. We also use third-party cookies that help us analyze and understand how you use this website. These cookies will be stored in your browser only with your consent. You also have the option to opt-out of these cookies. But opting out of some of these cookies may affect your browsing experience.
Necessary Always Enabled
Necessary cookies are absolutely essential for the website to function properly. These cookies ensure basic functionalities and security features of the website, anonymously.
Functional
Functional cookies help to perform certain functionalities like sharing the content of the website on social media platforms, collect feedbacks, and other third-party features.
Performance
Performance cookies are used to understand and analyze the key performance indexes of the website which helps in delivering a better user experience for the visitors.
Analytics
Analytical cookies are used to understand how visitors interact with the website. These cookies help provide information on metrics the number of visitors, bounce rate, traffic source, etc.
Advertisement
Advertisement cookies are used to provide visitors with relevant ads and marketing campaigns. These cookies track visitors across websites and collect information to provide customized ads.
Others
Other uncategorized cookies are those that are being analyzed and have not been classified into a category as yet.
SAVE & ACCEPT 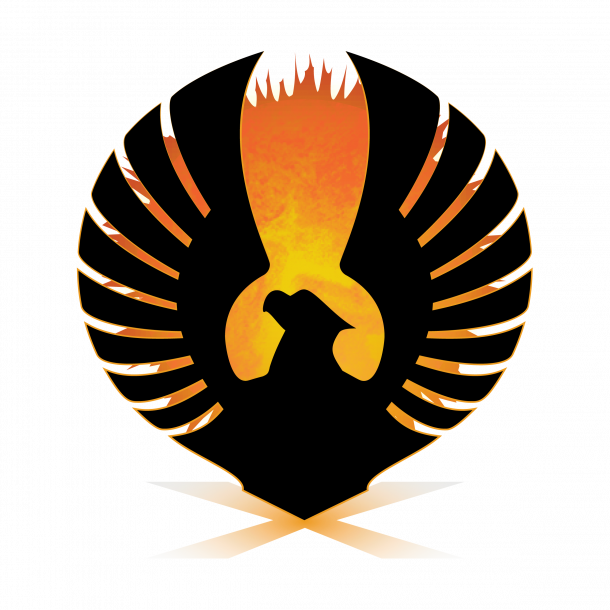 Drop in a few details to get more information on the best bed liner in the business. Plus, get exclusive discounts on new installations for customers and supplies for applicators!!

Alright, you're in! We'll be in touch!